Advancement in the modern technology facilitated our lives, but unfortunately it also increased the level of pollution and negatively affected the food quality. Pesticides, heavy metals and smoke to name a few, are hard to avoid. Exposure to those substances is harmful to our body and makes our liver and other organs work extra hard in an effort to eliminate them from the body system.

Most of the healthy people successfully get rid of those pollutants by chemically breaking them down into the less toxic compounds and removing them from the body with the urine, bile and other excretes.

However, some people have mutations in the genes that encode enzymes responsible for breaking the xenobiotic substances. Mutations result in the decreased production of the protective enzymes. It leaves the body without shielding from the adverse effects of the pollution and certain drugs. Body organs experience much longer than average exposure to harmful chemicals.

For example, people carrying a mutation in one of the C 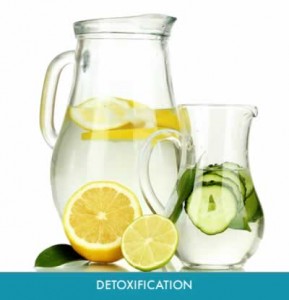 YP1A genes have an impaired production of an enzyme that breaks down the polycyclic aromatic hydrocarbons contained in the fumes and smoked or barbecued meats. Accumulation of those chemicals in large quantities can cause cancer.

Mutations in other genes that encode the enzymes participating in the metabolism of nicotine and nitrosamides make people defenceless against those substances.  Smoking and the exposure to the second-hand smoke is much more dangerous for the carriers of those mutations than for the rest of people.

Cytochrome p450 is an example of an enzyme that participates in several detoxification processes and closely related to the oxidative stress level. Disruption in its functioning may result in the systemic health problems like diabetes and other autoimmune disorders.

Genetical screening can detect the methylation of your DNA that is an indicator of DNA damage. Changes in the lifestyle and vitamins intake, specifically vitamin B12 and folate can help to reverse the methylation. Your body‘s ability to produce and utilize glutathione can provide valuable information on your detoxification capability. Knowing your risks is important in order to avoid particularly dangerous for you factors.

Genetical profiling provides you with the information about the genes you carry and estimate your chances of an adverse reaction to the pollutants and some drugs. Individualized approach and professional consultation may assist you with the detoxification solution suitable for you. Specialists can help you to develop the diet and exercise plan to reach your health goal.