Most people carry more or less similar sets of DNA with only slight variations. This variation might have a negative or positive influence on the person or could be neutral to their overall wellbeing. Genetic testing and detailed study of this variation in human DNA is called genetic screening.

In other words, genetic screening is the assessment of a person’s genes to detect any possible defect or abnormality that could increase one’s propensity towards a disease or one that could have been inherited from parents. This screening also enables one to understand potential conditions where a variation of this order could be passed on to kids.

Genetic screening can be broadly divided into two heads.

Genetic screening of adults and children: Essentially the main purpose of this test is to confirm whether an individual is a carrier of any mutated genes of specific diseases. Even by testing the adult alone, it can be determined whether their children too might be at a risk of suffering from certain specific diseases as a result of this unnatural gene mutation. This enables administration of preventive medication and treatment early on to avoid any lasting long-term impact

Genetic screening of unborn children: It is particularly significant if either of both parents might carry the dominant allele of a certain disease. This kind of genetic screening allows parents to gauge the risk potential of their child carrying and sometimes this is the test that seals the fate of a pregnancy and whether a couple should go ahead of it.

Italy and Cyprus have some positive experiments in this zone. Successful genetic screening for Thalassemia patients ensured that 90% of the possible cases were either prevented or treated with the help of prenatal medication or may be selective abortion in a few cases.

Genetic screening of unborn children is also known as prenatal screening. It generally involves screening of the embryo at a very stage of pregnancy. The foetal sample is ready for testing 12-16 weeks. Normally cells from the amniotic fluid are tested and cultured. Recent studies go on to suggest that this is a perfectly safe way to conduct tests on babies, and the embryo’s health and growth are not impacted in any significant way. However, there have been some protests from religious bodies and social gatherings around this issue, and that is why it is not so widely used yet. 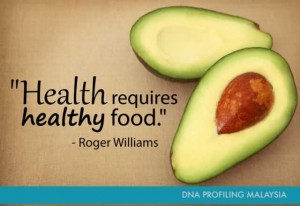 The number of diseases that DNA screening can battle is over 100, and the list is growing fast. At the same time, you must remember that carrying the gene for susceptibility does not mean one will suffer the same. There is a possibility that you might on get it, but genetic screenings help you identify a potential culprit quite early on.